About usMuseumDesigns
LetsSingIt Contact Museum Sitemap Usage
Design Postcard Poll
Interested in how LetsSingIt looked during previous years? Find out here. Which ones do you still remember? 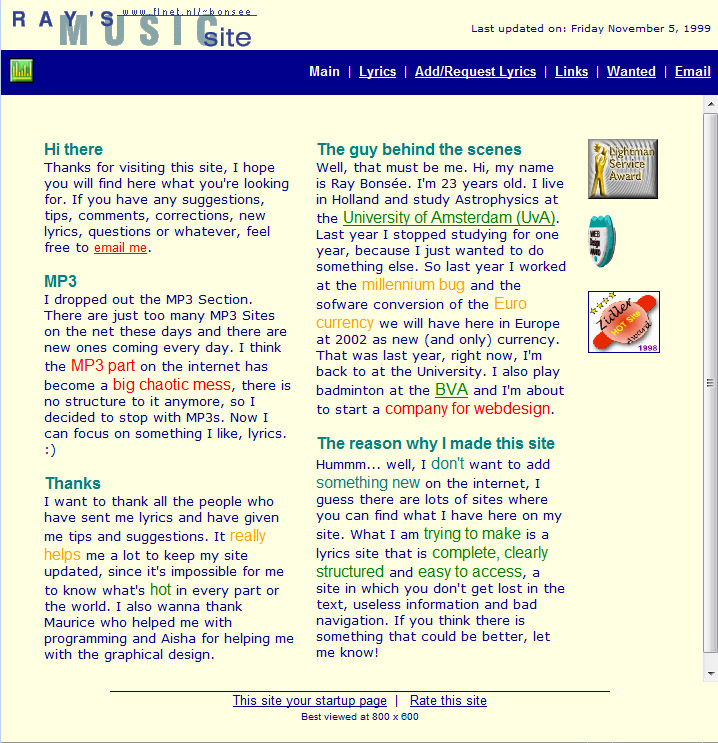 The precursor of LetsSingIt, Ray's Music Site, which Ray started in 1997. The site was growing fast. It was time to make some substantial changes, starting with a real name, "LetsSingIt"! 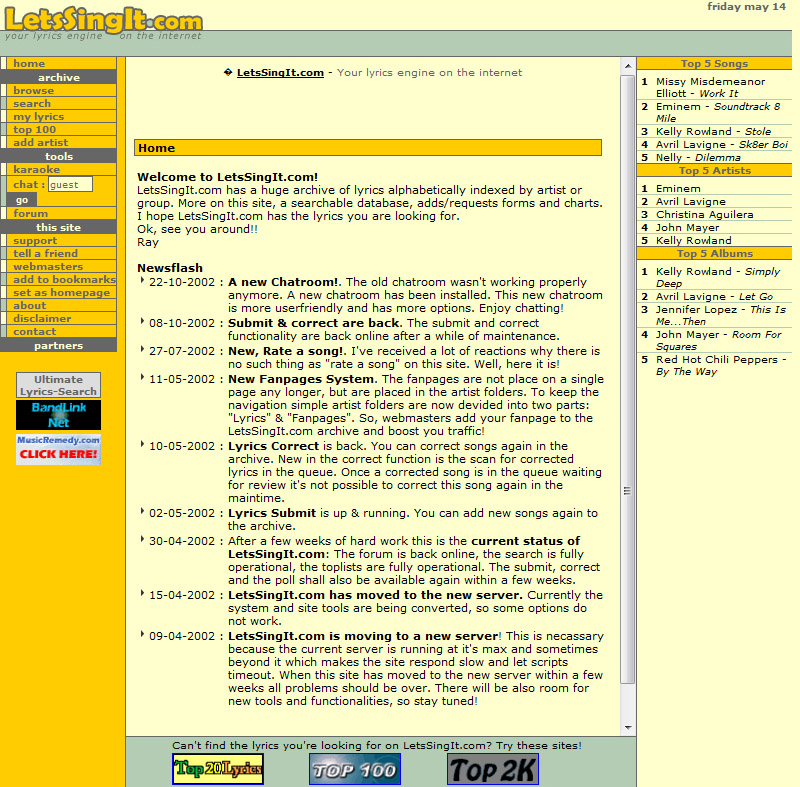 This was the second design for LetsSingIt, notice the logo is still the same! This layout served from 2001 until early 2003. 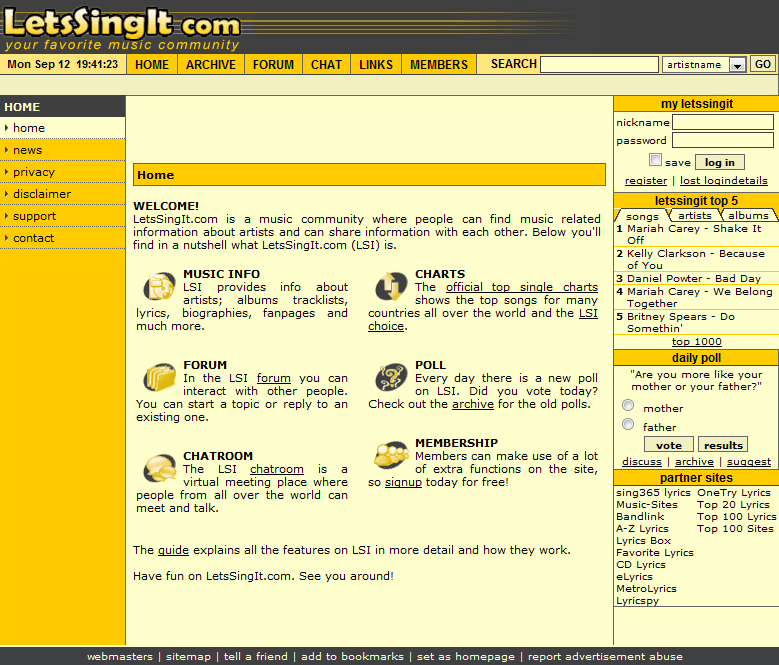 No more teal, only yellow and grey. This was how the site looked between 2003 and summer 2006. 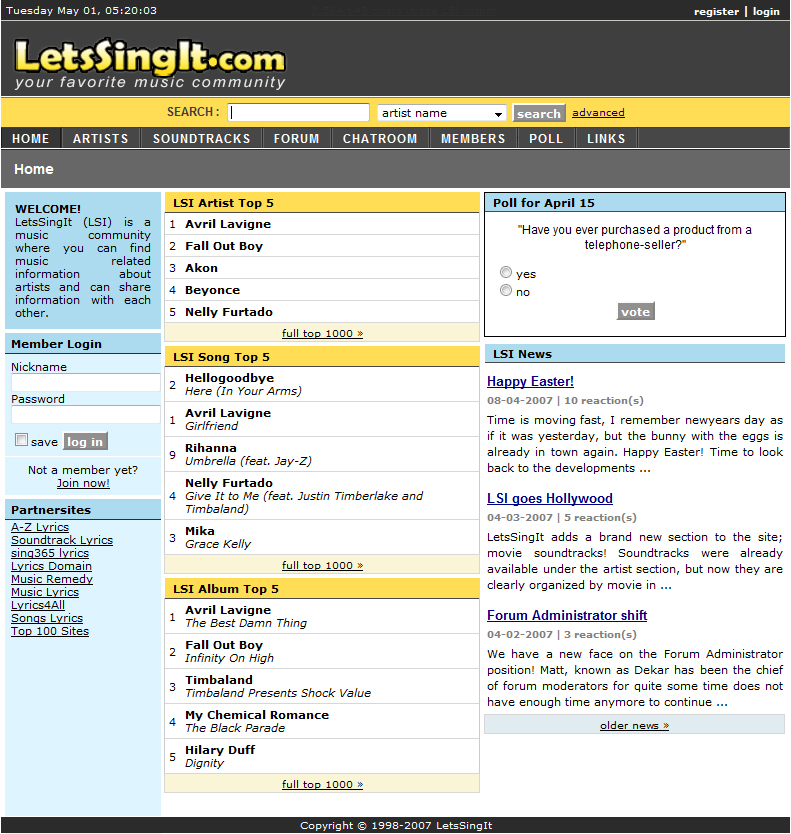 In the summer of 2006 we worked on a major layout change. We added a lot of new features. 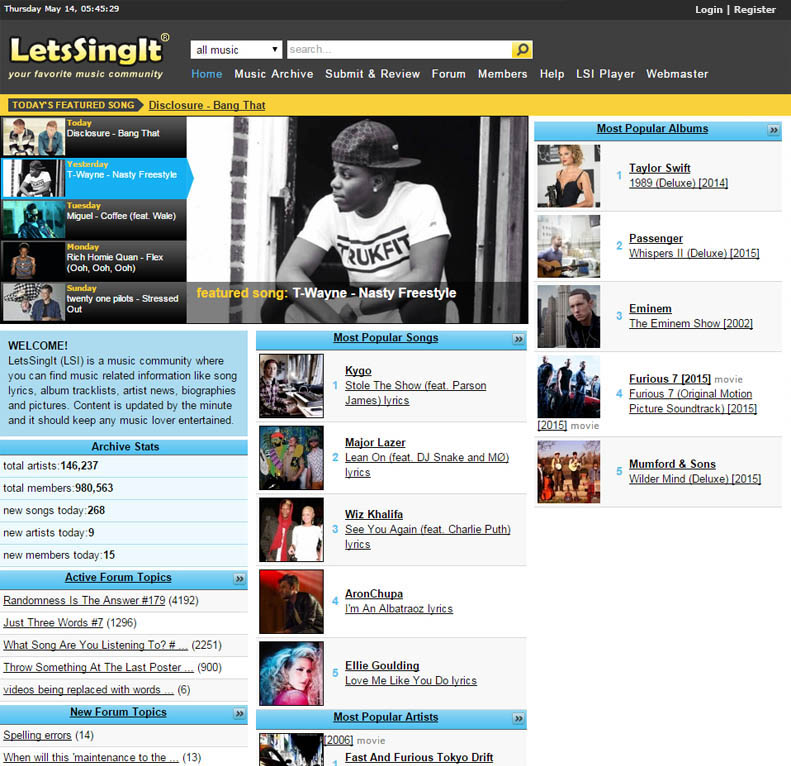 The logo has been refreshed and the site has been widened to monitor standards back then.

The current layout has been active since May 2015. We renewed the design to make it mobile-friendly, as mobile devices are dominating the market.